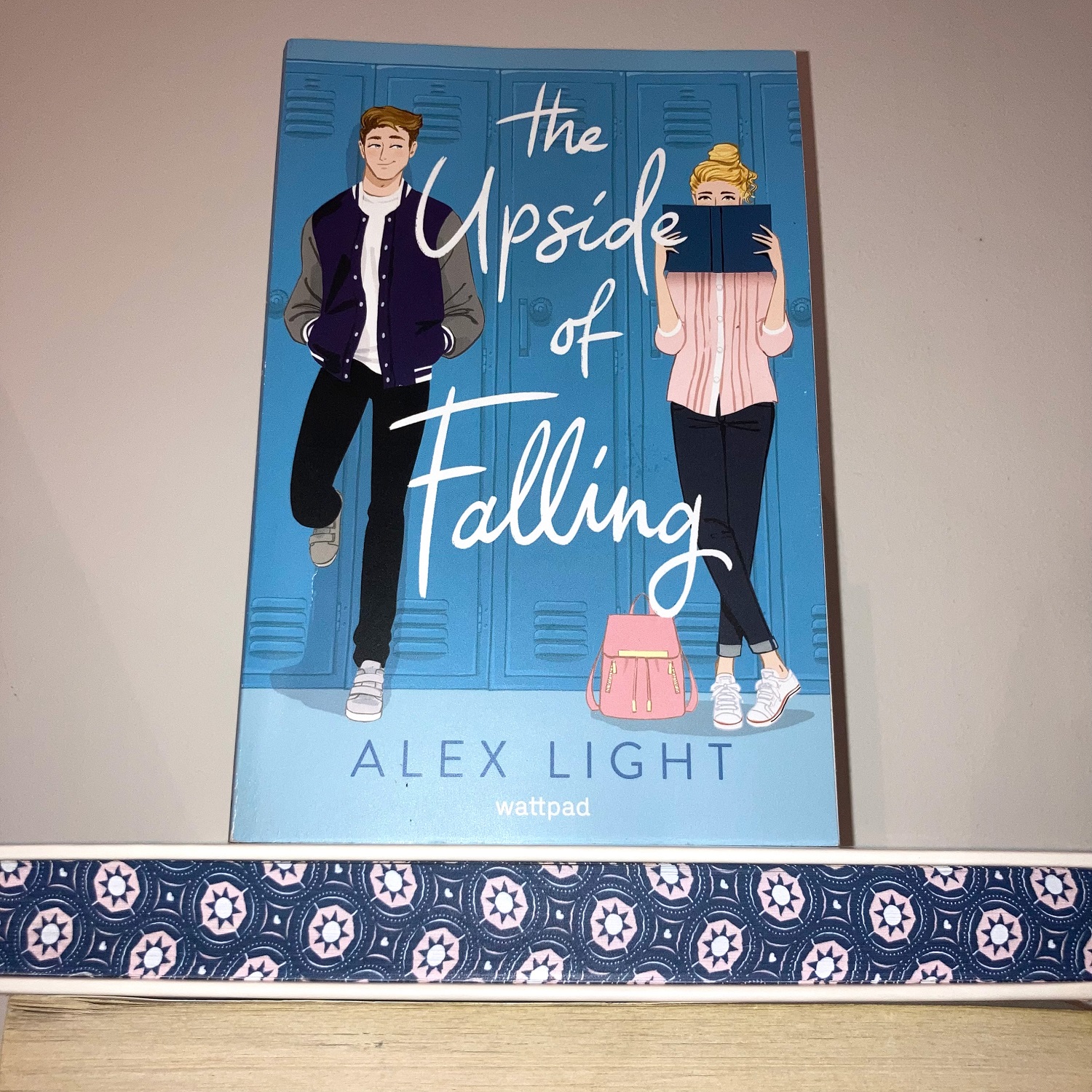 The Upside of Falling

The Upside of Falling by Alex Light is an adorable, fluffy high school story that follows romance-book-obsessed Becca Hart and star quarterback Brett Wells. It’s been five years since Becca’s parents divorced and five years since she believed in true love. But when her ex best friend teases her for not having a boyfriend, Becca impulsively pretends she’s been secretly seeing someone.

On the surface, Brett Wells has it all. He's the captain of the football team, has a rich, famous perfect family, is known as the hottest guy in school, and is pretty much the king of Eastwood High, so he should have no trouble finding someone to date, right? Nope! He's always been more concerned with his future than with who he'll take to the prom. When he overhears Becca’s lie, walking past her in the hallway, Brett decides to step in, kiss her in front of everyone and pretend to be her mystery guy.

It’s the perfect situation for both of them. He gets people off his back for not dating and she can keep up the ruse of having a boyfriend. Acting like the perfect couple is tricky though, especially when you barely know each other. But with Becca still picking up the pieces of her life and Brett hiding a dark family secret, they realise they have more in common than they initially thought. When the line between real and fake begins to blur, they must decide whether this artificial romance is the most genuine thing in either of their lives…

I don’t say this often but this book was pure perfection! The romance was impeccable and felt truly realistic, the characters were hilarious and super relatable and the references to some of my favourite things like Harry Potter and Taylor Swift brought a smile to my face. The fake-dating trope is one of my favourites so the fact that this trope was the main plot of this book was fabulous. The moments when the characters can’t tell what’s fake from what’s real are so much fun.

As Becca loves reading romance novels, this book was really self-aware about the tropes happening within the story and for that reason it made it even funnier and sweeter. Another trope featured in this book was the trauma bonding between Becca and Brett. This plot development added another layer of vulnerability and depth to their characters, which was really nice to see because it allowed the reader to grow more attached to the characters, their romance and this story. All in all, this book was super cute, definitely swoon-worthy and I will be recommending it to everyone!!