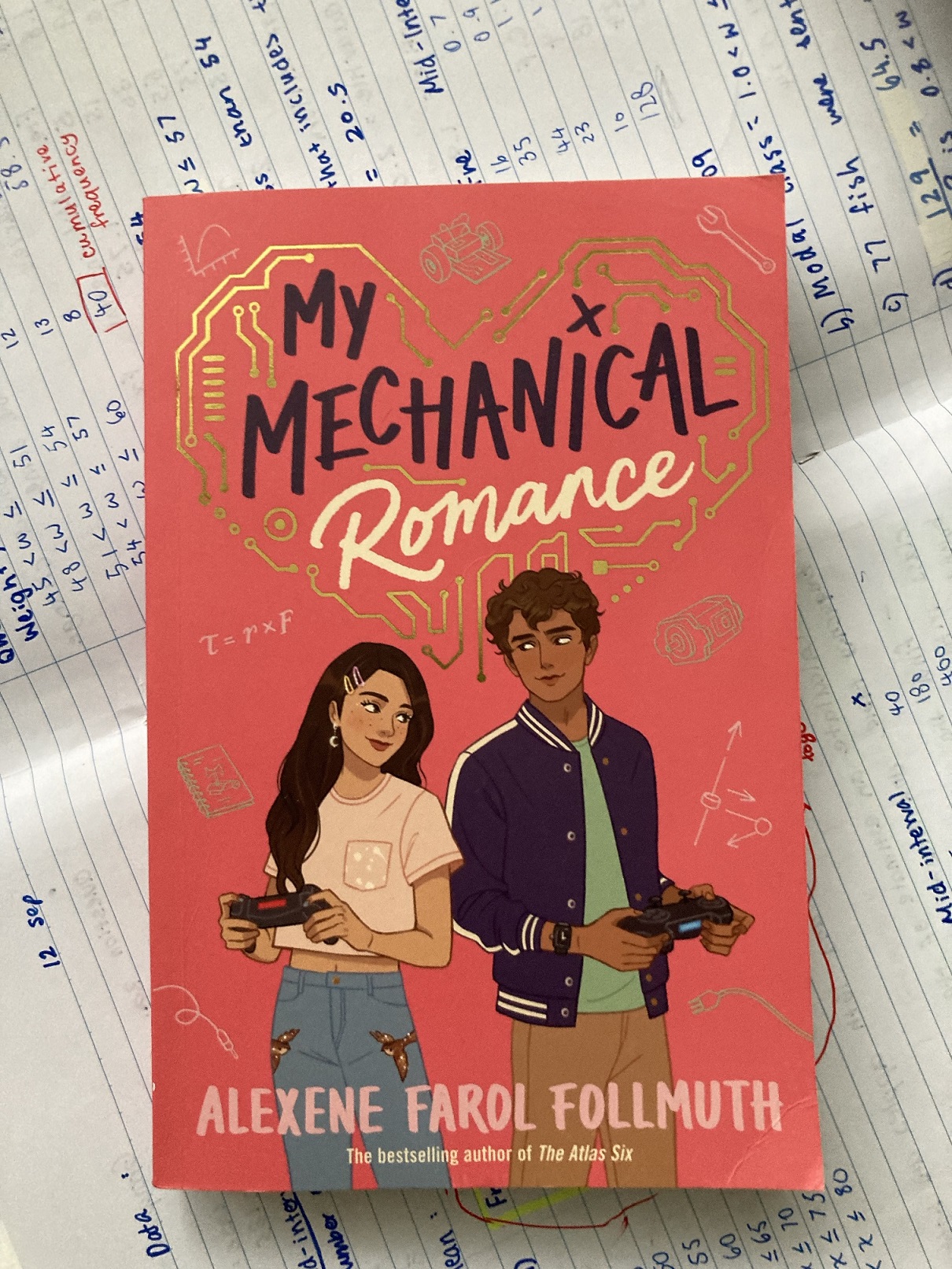 My Mechanical Romance by Alexene Farol Follmuth is a feminist, women in STEM,  YA novel with an amazing romance plot. Bel (Isabel) Marier would rather die than think about the future. College apps? Forget it. Extracurriculars? Not a chance. But when she accidentally reveals a talent for engineering at school, she’s basically forced to join the robotics club. Even worse? All the boys ignore Bel—and Neelam, the only other girl on the team, doesn't seem to like her either.

Teo (Mateo) Luna, captain of the football team, captain of the robotics club, has super rich and famous parents. He’s also considered the hottest guy at school, recognising Bel as a potential asset - until they start butting heads and Bel insults his masculinity. Bel doesn’t care about winning Nationals, while Teo cares too much. But as the nights of after-school work and tutoring continue, Bel and Teo realise they've made more than just a combat-ready robot for the championship: they’ve made each other and the team better, because they’re starting to fall for each other…

This book was simply amazing. It was so so so so good!! I loved the main characters so much. Bel was so cool, independent, funny and didn’t take anything from anyone especially Teo! She was such a great role model for young women. I’m not usually a fan of the academic rivals-to-lovers trope, but this book pulled it off! Their banter and competitions -  in and outside of the classroom - were adorable, hilarious and heartwarming. I actually got butterflies in my stomach during passages. The central characters were that cute! The side characters were well developed, too, offering real comedy as well as loyal friendship for Teo and Bel. I bet you’ll start to really root and care for their friends, just like I did! Overall, this book was so empowering for young women and was, in my opinion, pretty much perfect.